The story of Capt. Selby is a poignant, stark reminder of the hardship of war. It is told simply in the Campus Martius Museum exhibit “Touched by Conflict: Southeastern Ohio & the Civil War.” http://campusmartiusmuseum.org/exhibits.html. The photos, displays, artifacts are on loan from noted Civil War collector Larry Strayer.

As I viewed Capt. Selby’s exhibit, I was touched by his bravery, perseverance, and calm acceptance of his impending death. Here is part of his story from the exhibit:

Enlisted at Lowell and was mustered in as 2nd Lieutenant, Co. A, 36th Ohio under Capt.Hiram Devol and 1st Lieutenant James Gage Barker. After Battle of Antietam he was promoted to Capt of Co. K.

On November 25, 1863, he lost his right arm at the battle of Mission Ridge. After a short recuperation, Selby returned to his company with a modified sword and left-handed script.

At the battle of Berrysville, Virginia, on Sept 3, 1864, he received a wound to his right thigh, severing the vein and shattering the bone. When informed he would not survive, he calmly sent for the chaplain to make final disposition of his property and instructed his lieutenant to prepare the monthly returns. Death came eleven days later.

Below are photos of the exhibit, which includes his field desk and other items. The morphine box offers mute testimony to the pain he endured from the arm amputation – and yet he returned to duty after that.

If any readers have more information about Capt Selby, let your author know. 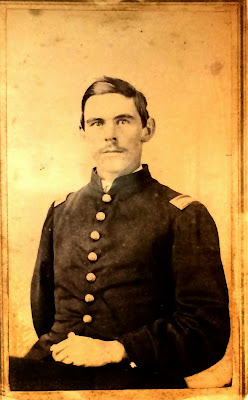 Photo taken after loss of his right arm 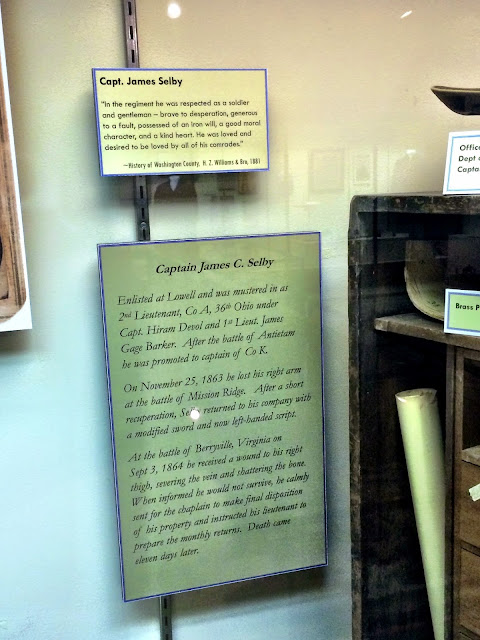 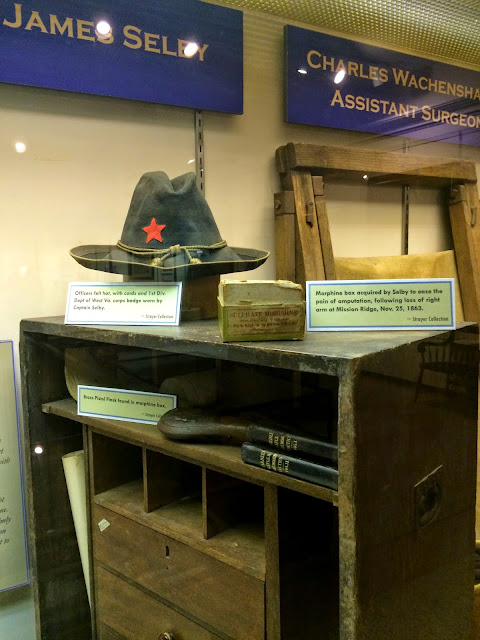 Morphine box is at right of his hat 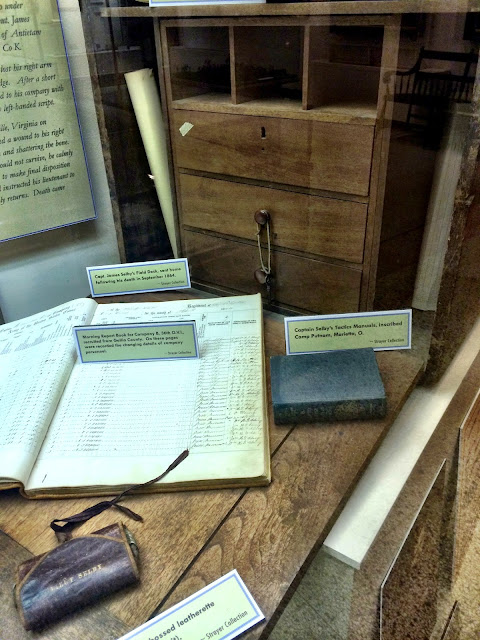