Sometimes history shows up by accident. I was paying my lunch bill recently at the Wine Cellar Restaurant in Marietta. My eye wandered to a framed document on the wall above the counter. It appeared to be old - yellowed and in quill pen type script. I asked the lady at the counter what it was. "It's an old liquor license that someone gave us," was the response. My first reaction was curiosity - a liquor license? I thought early days on the frontier were unregulated. Things like liquor were used for barter. Even the Indians had access to liquor from traders and soldiers.

Later I returned for a closer look at the document, so I could learn more about it. The Wine Cellar folks graciously allowed me to take a few pictures. Here are the images; pardon the background reflections: 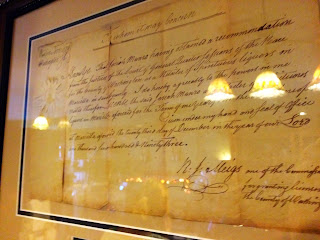 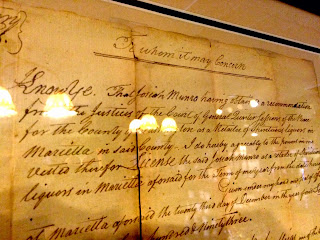 Below is the wording of the license:

To Whom It May Concern

Know Ye that Josiah Munro having obtained a recommendation
from the Justices of the Court of General Quarter Sessions of the Peace
for the County of Washington as a Retailer of Spirituous liquors
in Marietta in said County. I do hereby agreeably to the powers in me
vested therefore License the said Josiah Munro as a retailer of spirituous
liquors in Marietta aforesaid for the Term of one year from the date hereof.
Given under my hand and seal of office at Marietta aforesaid the twenty third day of December
in the year of our Lord one thousand seven hundred ninety three.

R. J. Meigs one of the commissioners for
granting licenses in the County of
(seal) Washington

The license was granted in 1793, just a few years from the founding of Marietta and the start of government in the Northwest Territory in 1788. It surprised me that such a regulatory structure existed then. Further research revealed that law and order was alive and well in those early days.

The Ordinance of 1787 granted power to adopt laws: "The governor and judges, or a majority of them, shall adopt and publish in the district such laws of the original States, criminal and civil, as may be necessary and best suited to the circumstances of the district..." A law licensing retail sales, including sale of "spirituous liquors," was adopted at Cincinnati on August 1, 1792. You can view that and other laws in the publication Laws of the Northwest Territory 1788-1800 edited by Theodore Calvin Pease, University of Illinois.

The liquor license introduced me to two of Marietta's original settlers.


Josiah Munro, one of the original settlers, is listed as the recipient of the liquor license. His last name appears in historical references as Munro, Munroe, and Monroe. I was not able to learn what business he operated that used the liquor license. It may have been at Picketed Point where historian Hildreth lists him as a resident with wife and two children. He military service included the French and Indian War and the Revolutionary Army for 2 1/2 years as a captain. He was on the staff of Marquis de Lafayette for a time. His grave marker in Mound Cemetery at Marietta has this inscription:

Captain Josiah Munroe, born at Lexington, Mass., February 12, 1745; died at Marietta August, 1801. He was an officer in the Revolutionary Army, and became a friend of Lafayette, who recognised his services by the gift of a sword. He was one of the original Ohio Company who landed at Marietta, April 7, 1988,  and was appointed postmaster at Marietta, 1794, which office he held at the time of his death.


Return Jonathan Meigs signed the license as Commissioner for Granting Licenses under authority of the Territorial Court. After a distinguished military career, he became a surveyor with the Ohio Company of Associates and was also one of the original 48 settlers of Marietta. Meigs helped survey the lands in the Ohio Company purchase. He also put his Yale University law studies background to work by creating a temporary code of regulations for the fledgling settlement at Marietta until the Territorial government was established. The written code was posted on a large oak tree near the Ohio River. According to his obituary, the "venerable" oak tree notice was often consulted for guidance. He later became a Territorial judge and member of the legislature. 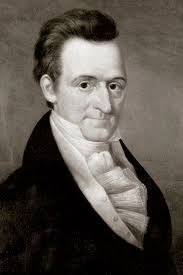 Return Jonathan Meigs was a decorated officer of the Revolutionary War. I was impressed by Meigs' courage and perseverance in very perilous situations.. He was part of Benedict Arnold's expedition to Quebec in 1775. Rough terrain, bad weather, sickness, and lost supplies nearly wiped them out. Some were forced to survive by "eating leather, bones, the bark of trees, and soup made of the flesh of their dogs" until eventually resupplied.

Meigs was captured in the subsequent Battle of Quebec. He was later released and returned to service with the Continental Army. He lead a successful raid which destroyed British ships at Sag Harbor NY in 1777, for which Congress awarded him a presentation sword for bravery. He also commanded the 3rd Regiment in the Battle of Stony Point in 1779. After the war, he returned to his home Middleton CT, before joining the Ohio Company group several years later.

Something as ordinary as a liquor license can be an inspiring reminder of our heritage - the bravery of veterans and perseverance of our nation's pioneers. 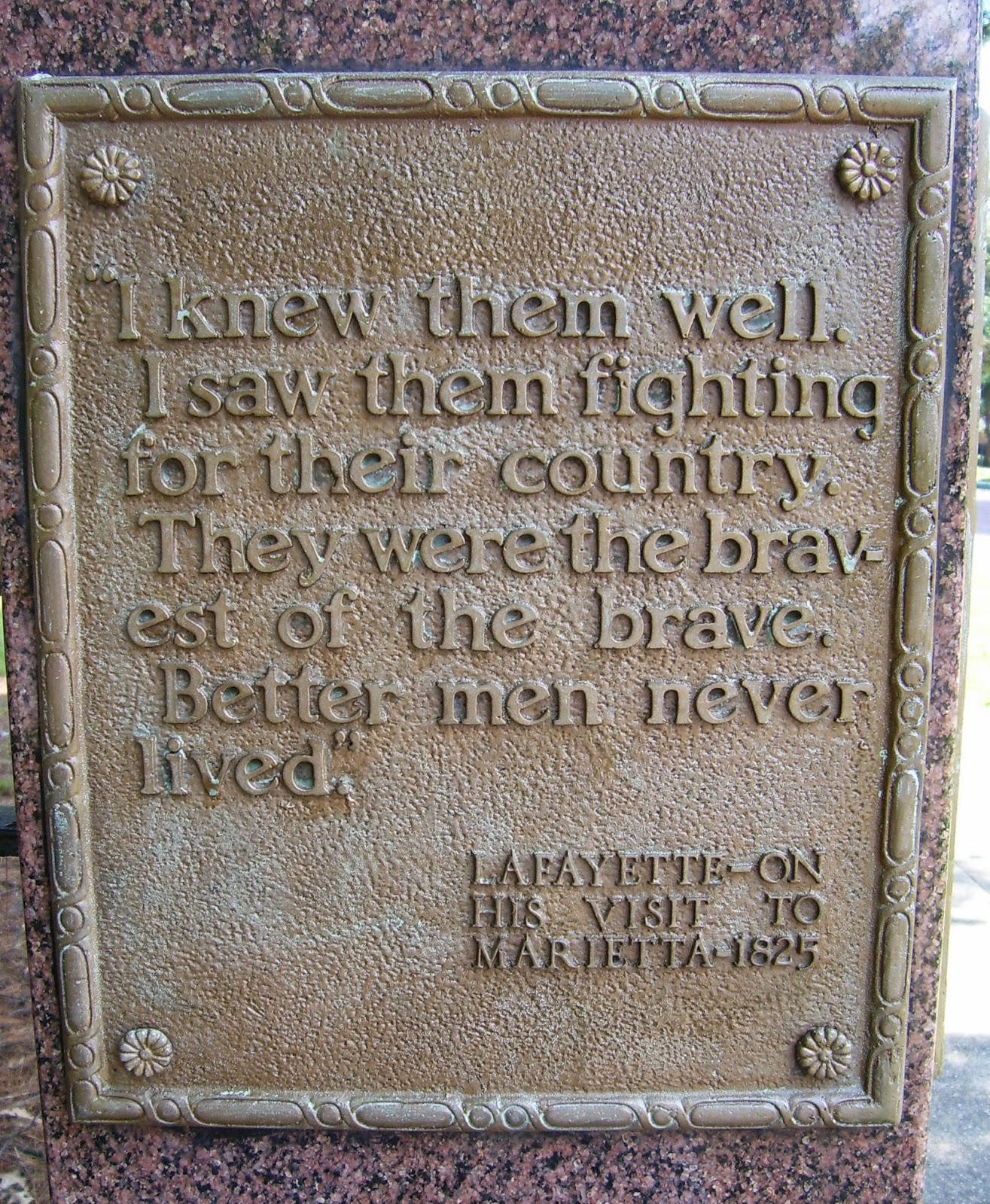 Posted by David Baker at 6:49 AM No comments: